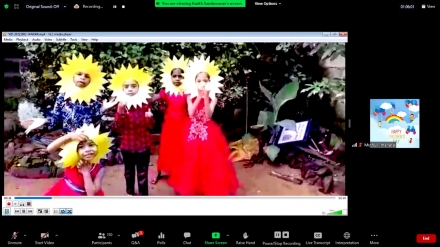 In Galle and Matara, a webinar was held with 200 children and adults. The children performed dances and songs. Colombo DIRC had an online seminar with a programme on beauty of diversity with cultural performances projecting messages of peace and coexistence performed by the children with acting skits, group dances and songs. Lawyer Pathum Jayasinghe spoke on the need to strengthen policies and laws to protect the rights of children and elders.

Also under the PACT project, meetings were held in 17 districts where Steering Committees were selected to strengthen transparency and accountability in DIRCs and to increase the efficiency of their operations. During the meetings two areas of conflict among communities were identified and two people were selected to be links between the DIRC Coordinator, DIRC members and a sub-committee to be appointed in the areas.

Kandy DIRC organized a press conference for print and electronic media that was addressed by NPC Executive Director Dr. Jehan Perera, Chairman Dr. Joe Williams and Programme Manager Saman Seneviratne along with members of Kandy DIRC. They spoke on issues faced by farmers because of the ongoing fertilizer issue, justice for the victims of the 2019 Easter Sunday attacks, teachers’ salaries and the current political situation.