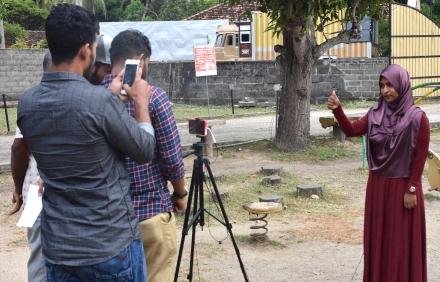 The workshops were facilitated by Kasun Sankalpa, a social media analyst with Hashtag Generation. Participants learnt about identifying harmful narratives and distinguishing the differences among them. They were taught about freedom of expression within local and international legal frameworks and were able to develop counter narratives avoiding stereotyping and discrimination.

These stories were identified by participants as ones that could foster extremism: