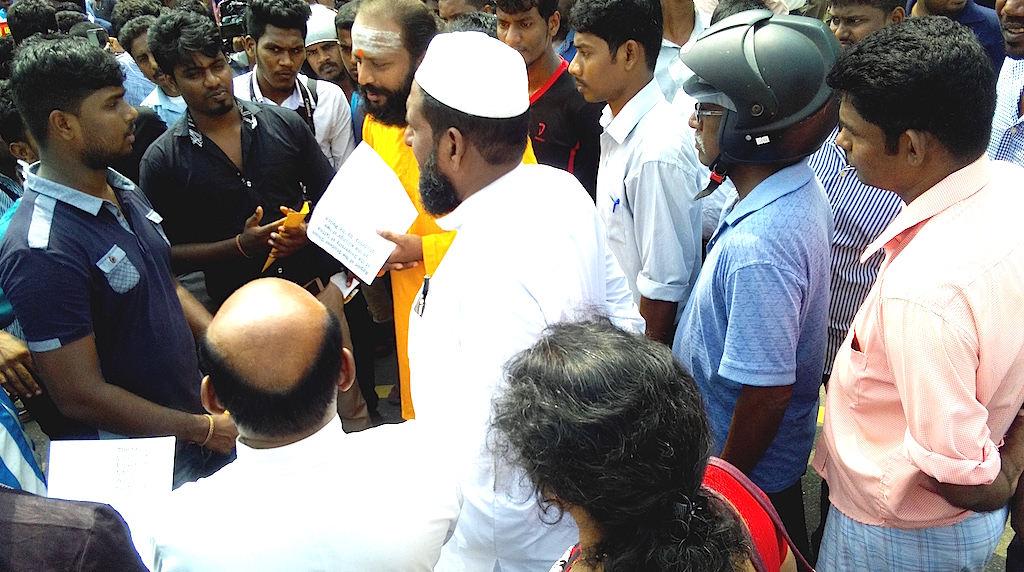 Jaffna District Inter Religious Committee (DIRC) leaders took part in a protest against the killing of two university students by police, which had created a tense situation in the north.  Victims' families, students, academic staff and human rights activists participated in the protest outside the Northern Province governor’s office.

The DIRC religious leaders later visited the victims' families and expressed their sympathy. They contributed funds to each of the families.