The project builds on the SPICE/USAID supported project Reconciling Inter Religious Differences (RIID), which has been conducted since 2010.

The new project seeks to expand the target groups beyond the religious clergy and reach out to influential civil society groups such as provincial media.

Dr. Jehan Perera, Executive Director of NPC, discussed the current political situation and role of civil society in contributing to the peace process. Saman Seneviratne, Project Manager, spoke about networking and advocacy by DIRC to make a success of the project and building reconciliation. Executive Director of People's Action for Free and Fair Elections (PAFFREL), Rohana Hettiarachchi, emphasized the need for educating people on how to select a good candidate to be elected to parliament and local government.

“Normally we don’t get opportunities to sit and discuss and to work together with Christian and and Buddhist leaders. What you have done through this programme is very important. We should thank you for giving this opportunity for different religious leaders to come together and share our ideas with each other. We should continuously work together towards peace and reconciliation,” said Moulavi Nasmi Hasan.

Monthly meetings under the project were also held in Anuradhapura, Badulla, Hambantota, Kurunegala, Polonnaruwa and Ratnapura. 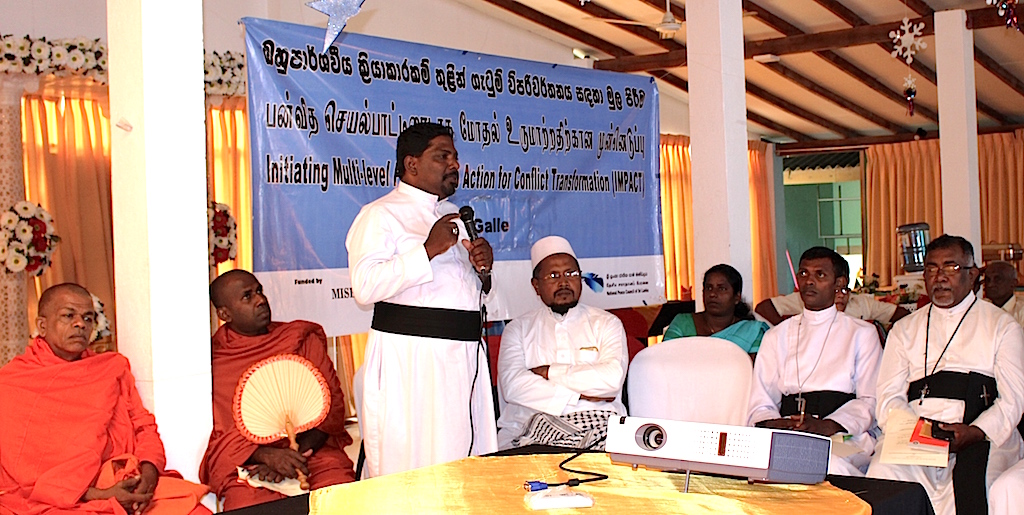