Under NPC’s project Promoting Inter-faith and Inter-ethnic Dialogue in Sri Lanka, 81 members of the District Inter Religious Committees (DIRCs) in Trincomalee and Batticaloa were trained on mediation, documenting issues, making referrals and engaging with the media.

Another aspect of the project was to familiarise DIRC members with the report of the Public Representations Committee on Constitutional Reform by publishing booklets containing relevant chapters in all three languages for distribution.

The training programme aimed to increase knowledge of methods used to resolve conflicts, expand awareness about mediation, create understanding about the qualities of a mediator and improve knowledge and skill of active listening.

The participants identified ethnic and religious concerns they faced. Some of issues presented in Trincomalee included problems between Muslim and Sinhala fishermen, language usage, building religious statues in inappropriate places, spreading wrong rumours about religions, resettlements, not respecting other religious leaders as equally as Buddhist religious leaders and biased development activities by politicians.

In Batticaloa the issues included land disputes between the ethnicities, tension between mosques and kovils due to broadcasting prayers at the same time, placing religious symbols in inappropriate places, resettlement and religious conversions.

During discussions, it was evident that tension among communities was still prevailing. Racist propaganda for business advantages was one subject that arose. Apart from inter religious conflicts, intra religious issues were also raised. In the Batticaloa district, the graveyard allocated for Roman Catholics was not shared with other Christians, who had to carry out their burials in distant places. In Kattankudy, the Muslim community wanted government owned lands in Tamil areas but the Tamil community was reluctant to share its space with the Muslim community.

The media plays a vital role in creating ethno religious tensions as well as minimising the negative impact in the grassroots level communities. During the sessions, DIRC members said public believed only social media. Through the training, 83 DIRC members acquired knowledge and skills on how to select stories and document them.

The participants identified local, national and international media and their influences in their communities. They also mapped out local media to gain publicity for DIRC activities. The DIRC members were provided with user friendly guidelines on how to use social medias. Both DIRCs created Facebook groups and live streamed some presentations. 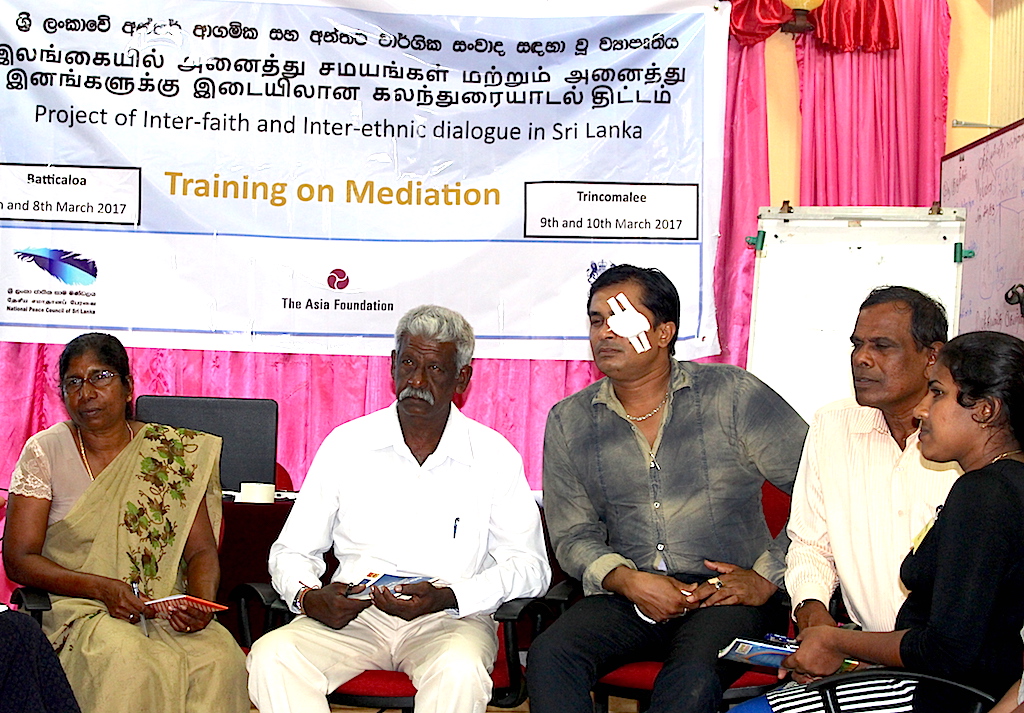