A dispute between Buddhists and Muslims because of a Buddha statue in front of a meat shop belonging to Muslims was discussed at DIRC Badulla’s monthly meeting under NPC’s project Reconciling Inter Ethnic and Inter Religious Differences (RIID). 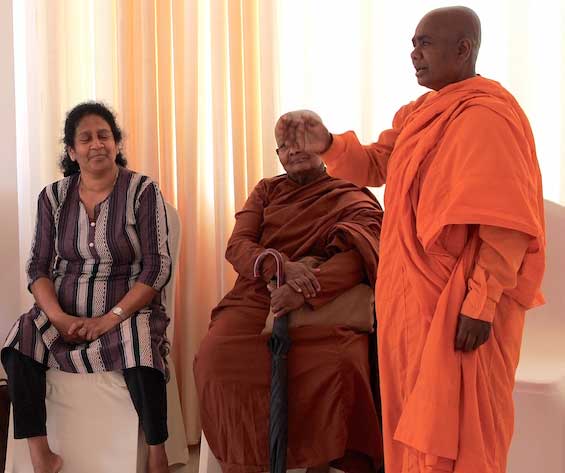 The building is owned by the Welimada Pradeshiya Sabha, who also built the statue. A Moulavi who raised the issue pointed out that it was difficult to remove the statue because some extremist groups were involved. He suggested that the Pradeshiya Saba shifted the meat shop to a different building in the town, since the shop owner was willing to leave. “Then we can resolve this problem before it turns into a conflict,” he said.

DIRC members met the Chief Minister of Uva Province and told him about the matter.

At the meeting, NCP Project Manager Saman Seneviratne spoke to DIRC members on social networking and advocacy. Participants shared their views and experiences.

“I am happy to participate in this meeting. I got many new ideas from the session and I will attend meetings regularly. I appreciate the DIRC as well as NPC because you have done good work,” a Buddhist Nun said.