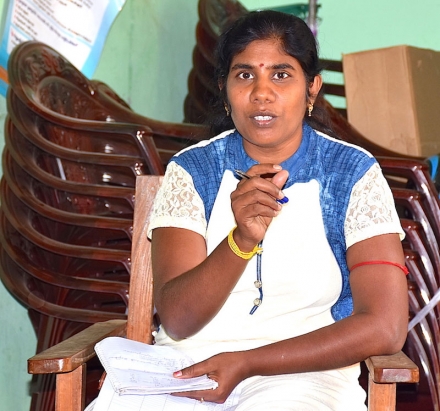 The project mobilised women to take an active part in community healing, to establish lasting peace and to increase their participation in the process of post conflict transition.

It also trained participants on TJ, women’s rights, role of women in post conflict society, reconciliation, the Lessons Learnt and Reconciliation Commission and its recommendations and UN Security Council Resolution 1325 that deals with women and security.

Although the project ended in 2016, follow up action has been taken throughout this year.

In Vavuniya, it was decided to highlight missing persons, especially the establishment and operation of Office of Missing Persons, with a peace walk with the participation of about 300 war affected people and handing over a request to local MPs, a discussion with relevant authorities to share the ground situation of the families of missing persons, and a meeting with higher level government officials in Colombo. The peace walk will be held in September, organized by local partners and Vavuniya DIRC.

In Trincomalee, a mobile service will be conducted in Muttur for counselling and to issue birth and death certificates to affected families.

In Hambantota, a meeting will be held between members of Ranaviru Seva Sansada (an organization formed by family members of missing and injured soldiers) and officials from government’s Ranaviru Seva Authority.

Discussions on the five briefing papers formulated during the project which covered the topics of restitution of land and property and economic reintegration, physical security, psychological recovery, democratization and governance, and justice, were held during DIRC meeting in Nuwara Eliya, Galle and Puttalam.