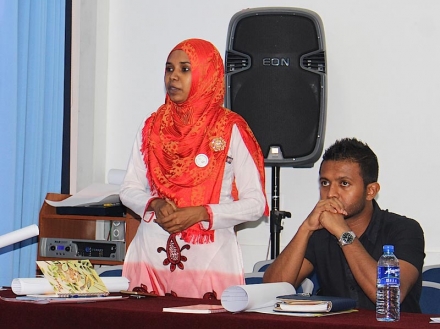 NPC has commenced a new project entitled Collective Engagement for Religious Freedom (CERF), aimed at promoting religious freedom within the framework of pluralism and the rule of law, to be implemented in the Vavuniya, Mannar, Kandy, Badulla, Kalutara, Gampaha, Matara and Ampara districts.

Despite the end Sri Lanka’s 30-year civil war more than eight years ago, the underlying causes of tension have not been addressed. While seen mainly as a conflict between the majority Sinhalese and the minority Tamils, religion has also been used by politicians and others with vested interests to stoke up communal fears and create insecurity and mistrust.

The latest target of radical Buddhist priests and hardline Sinhala Buddhists has been the Muslim community, which is being subject to violent attacks on people and property, including mosques. In many instances, the police have stood by and watched instead of protecting the victims, in response to orders from high level government officials. In addition, allegations of conversions by Christian groups have led to violence at the local level against small Christian churches. Again, police failed to act because local people were in support of the attacks.

During the 24-month project, local inter religious groups will engage with police officials to ensure that people are able to practice their religion freely in areas identified as possible sites of tension. The lessons learnt will be taken to national and local levels for replication.

A project orientation meeting for the staff and partners was held in Colombo to introduce the project and explain its objectives.

The project will train police officers on their role in upholding rule of law to prevent violence and enable religious freedom. The message will be given that regardless of community sentiment, the police need to uphold the law.

The religious leaders will advocate at the national level for religious pluralism with policy makers, religious leaders, and opinion makers including media, promoting the idea that religious freedom is a right and not a privilege. Advocacy campaigns in hotspots will be devised by LIRCs, NGOs and police involving local media and targeting the public.