For three months Sri Lankans watched the burgeoning coronavirus crisis in other parts of the world with a measure of equanimity as something that was faraway and international rather than national. There was a belief that the country’s warm climate would better protect it against inroads by COVID- 19. More than the discovery of the first 19 victims of the virus as of Monday it has been the decisiveness of the government’s delayed response that has caused a measure of alarm. Initially the government imposed quarantine restrictions on those passengers coming from countries that had already been affected by the global pandemic and followed this up by stopping the issuance of visas and flights from them.

The US government has rejected the war crimes allegations against it in regard to its conduct of the war in Afghanistan. This is yet another indication how governments across the world seek to justify their actions in times of war. Three decades ago, when the war with the LTTE was heightening, there was a debate about whether President J R Jayewardene had misquoted the Roman statesman and philosopher Cicero as saying that “In times of war, the laws fall silent.” Last week, US Secretary of State Mike Pompeo condemned a decision by the International Criminal Court to probe alleged war crimes and crimes against humanity committed in Afghanistan by US forces. He said, “we will take all necessary measures to protect our citizens from this renegade, unlawful so-called court.”

The significance of Foreign Minister Dinesh Gunawardena’s speech at the ongoing UN Human Rights Commission session in Geneva must not be missed. There is a possibility it will be, in the greater attention given to the issue of Sri Lanka’s withdrawal from co-sponsorship of UN Human Rights Council resolution No 30/1 of 2015. The government of that time co-sponsored the resolution, which set out in detail a process for reconciliation and justice in the country, in order to demonstrate its good faith to the international community. In the previous five years there had been several occasions on which Sri Lanka was subjected to strictures by the UNHRC acting collectively, and two occasions in which Sri Lanka lost in the voting despite its strenuous efforts to win. The willingness to comply with the UNHRC in 2015 permitted the government to gain both international goodwill and time, first two years, and then another two years, in which to implement its commitments.

The spread of the Coronavirus is an international calamity. Even though an island, Sri Lanka has not been able to insulate itself from the global impact of the pandemic. The country had an opportunity to miminise the impact of the pandemic if it had acted earlier. It had an early warning when, at the end of January, a Chinese tourist developed symptoms of the virus while in the country and was treated successfully. This incident could have set off alarm bells that others too might be similarly infected. The rescue operation by Sri Lankan Airlines in early February to fly into the heart of the pandemic in Wuhan to bring back Sri Lankan students stranded was hailed as a heroic act. It could have been used to rally the entire country to face the looming catastrophe.

On Valentine’s Day there were two events that took place at Colombo’s iconic Vhara Maha Devi Park. The two events that took place at the park on Valentine’s Day highlighted the contrasts that continue to prevail in society. One event was replete with music and youth and covered by the commercial media, the other event was attended by mostly elderly women who had lost their loved ones in violent conflicts over the past four decades and was ignored by the commercial media. This event was organised by Families of the Disappeared. They gathered together at Vihara Maha Devi Park and after a few of them spoke walked in procession to the Prime Minister's Office to hand over a petition to call for the implementation of UN Human Rights Council Resolution 30/1 including the payment of the Rs. 6000 interim monthly allowance to those who had obtained Certificates of Absence as approved by the previous government.

The Requirement For Transition That Unifies - Jehan Perera 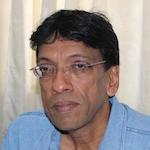 This year’s Independence Day national event was significant for two reasons. It was the first to be celebrated under the leadership of President Gotabaya Rajapaksa of whom much is expected, both in terms of giving meaning to effective government and in making the transition to the ethos and infrastructure of a developed society. During his period as secretary of urban development, the cities were beautified and modernized. Giving further substance to the positive expectations of him is also his track record as the defense secretary who survived an LTTE suicide attack and was a key member of the state’s defence apparatus that won the war defying expectations. Prior to him, the country had engaged in more than a quarter of a century of indecisive warfare that was sapping its morale and financial and human resources.

Deal With The Families Of Missing With More Compassion - Jehan Perera

A former diplomat who tried to be a bridge between the government and human rights activists during the immediate post-war years with some success, once said that it was not possible to expect a government to self-indict itself. President Gotabaya Rajapaksa’s recent assertion that those reported missing from the war are actually dead and the government is not responsible for their fate is a continuation of a long standing policy of denial. During the last period of government in which he held office as Defense Secretary, between 2009 when the war ended and 2015 when the government he worked for lost power, the government position was that there were no unaccounted missing persons as a result of government action, but only as a result of the LTTE or else they had left the country for foreign climes.

Contrary to expectations the government is treading a cautious path with regard to past commitments on controversial matters made by the previous government. This may be disappointing to its more nationalist supporters. They might have expected an immediate change of approach and rescinding of agreements they see as unfair or not in the national interest. In the run up to the presidential election campaign, the present government’s front line campaigners claimed that the MCC grant of USD 450 million by the US government that had just received cabinet approval would endanger the country’s national security. Members of the government and their nationalist supporters were emphatic in saying that the former government had betrayed the country. This effectively sank any prospect of election victory that the former government’s presidential candidate may have had.

President Gotabaya Rajapaksa’s image continues to rise amongst the general public due to the variety of manifestations of his commitment to get things done better to make life better for the people. His surprise visits to different state institutions, most recently to the Bandaranaike International Airport, where he has been scrutinizing their levels of efficiency and public service, would put public sector officials on the alert that their duties need to be taken seriously. This would be a boon to the general public who find that getting their work attended to in government departments to be onerous. There is also likely to be a reduction in the levels of corruption which occur when supervision from the top is lax. This is a case of good means being employed to achieve good ends.

The new government under President Gotabaya Rajapaksa can be seen to be doing many new things. These can contribute to the betterment of the country and the people. Most recently the president paid a surprise visit to the Department of Motor Vehicles. This is a government agency where delays and corrupt practices can occur as indeed they do in other government institutions. During the course of his visit the president stressed on the need to provide prompt and accurate service to the public. He said “It is very important that institutions such as the Department of Motor Traffic, which serves a large number of people in the country, set an example to others. When delivering their service all the officials should firmly resolve themselves to prevent any fraud or corruption.”